For any Linux users, the elementary team will no doubt be familiar, but for anyone that hasn't heard of it, elementary is a free (and open-source) software project with its main focus on bringing elegance and simplicity to the Linux operating system. Originally started in 2007, the elementary project now has several applications in its repertoire, as well as themes and icon sets for the gnome desktop.

It isn’t much of a surprise then, that the elementary team has made the decision to release its own distribution of the Linux operating system. Elementary OS uses the latest long-term release of the ever-popular Ubuntu as a base, with the team having essentially stripped out all of the superfluous programs and packages (you won’t see any of the games for example, or even a music player), and left only the bare essentials. The result is an incredibly lean OS which runs even faster than Ubuntu, which is by no means sluggish. What I like about this approach is that you really get a blank canvas; no bloat-ware or unnecessary apps to clog up your hard drive, leaving you to install what you need. You still get the standard Ubuntu Software Centre, so finding the apps you need is still a breeze. 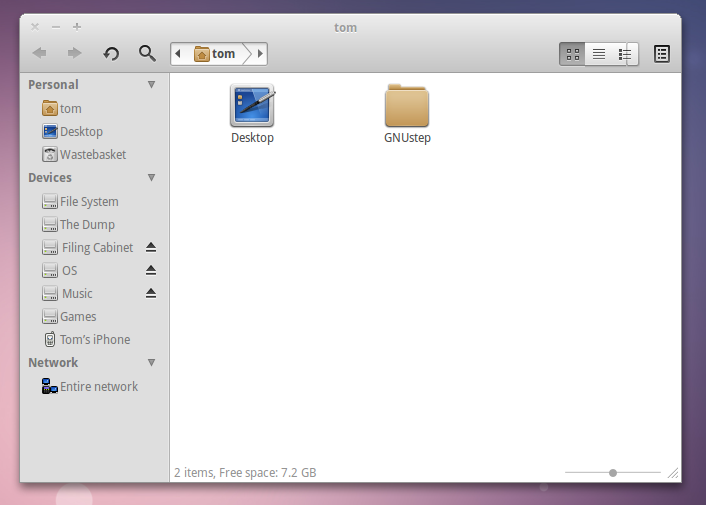 In addition to the improved performance, the elementary OS is truly beautiful to look at; kind of a given considering the elementary team’s reputation for elegant user-interface design. It comes with all of the pretty elementary themes/icon sets pre-installed, as well as the custom ‘nautilus elementary’ file browser (a tweaked and streamlined version of the standard nautilus browser). Theming and icons are obviously very Mac inspired; lots of greys, industrial silvers and high contrast black symbols. Elementary OS also comes with the Mac-dock clone ‘Docky’ pre-installed. The whole feel of the UI is very much in keeping with the 'less is more' ideology; minimalistic, clean and uncluttered. Even the desktop has been locked down, so there are no icons cluttering up the desktop. It’s a similar story with the top panel (although both can be re-enabled easily using the gconf-editor if you so wish).

Overall, I’m very impressed with the elementary team’s first attempt, although I wouldn't have expected anything less with their high pedigree. It’ll be interesting to see what’s in store for the future as more of their apps reach public release.

If you want to try out elementary OS before installing, you can download the OS and create a live CD or USB over at: http://elementaryos.org/